In 1976, Patrick achieved a BA (Hons) in Fine Art from Camberwell School of Art, and before that he attended St Martins School of Art in 1972 – 1973.  He became a member of the New English Art Club in 1997 and remains an active member. Patrick is also a member of the Pastel Society. 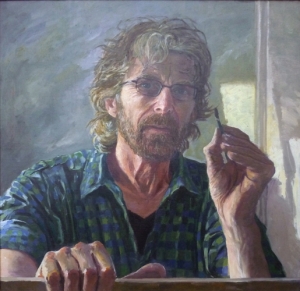 His work includes landscapes, street scenes and portraits.  Patrick works in pastels when travelling and collecting ideas for paintings.  Back in the studio he then uses the material gathered for larger paintings in oils or watercolours.   “My work is either completed from life or based on studies done from life because the process of observing nature is the source of my inspiration. A photograph by-passes this process and presents one with a mechanically derived image rather than one’s subjective response to the visual world”.

For pastels I work mainly on Wallis paper, an extra fine sandpaper of archival quality developed by the pastellist Kitty Wallis. I tend to only work in watercolour for extra large subjects and I use a roll of Bockingford NOT stretched on a 6ft x 4ft board, working flat on the studio floor. For oils: a fine oil primed canvas. 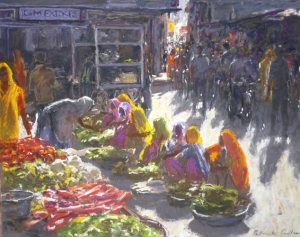 Patrick travels widely and paints in all weathers and all seasons in the UK, Tuscany, Spain and India. He also regularly paints with Ken Howard RA, Peter Brown and Neale Worley. The ‘boys’ have undertaken several painting trips to India together. The last one culminated with a four man show at Indar Pasricha Fine Arts in 2015. 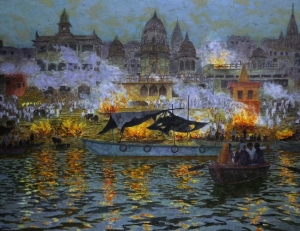 As well as exhibiting with the NEAC at the Mall Galleries he also has several solo exhibitions in London. 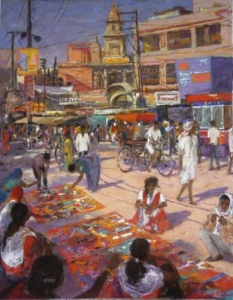 We are delighted that Patrick is hosting painting holidays for us in association with The Artist Magazine.

""Our group is led by Professor Claudio Sillero....his decades of experience in this region and his hardy colleagues, guarantee sightings of wolves  They do not disappoint." "Next we climb up and across the Sanetti Plateau through unmatched beauty in every direction.  Small klipspringer, antelopes and hyrax, ( a pint-sized relative of the elephant), dot the hillsides.  our camp site is magnificent!  It is surrounded by towering basalt formations the locals call 'the soldiers.'  ....Can any place be more perfect?" "Our successful adventure is coming to a close, but we have been fortunate to site 30 wolves in 11 different packs, which equates to 10% of all the wolves living in the Bale Mountains National Park." "
Nancy Gibson
Wolf Watching with EWCP
""Ken was so kind, helpful and enormously interesting to be with. I know I have gained a great deal from the experience of some of his incredible wisdom and insight and having the privilege of working alongside such a great artist""
Ali
Paint in Santorini with Ken Howard
""I wanted to say thank you so much for everything.  It was the most wonderful holiday and the memories of which will stay with me a lifetime.  It was clear to me that a lot of  work went on behind the scenes by both yourself [Liz Drake and Spencer Scott Travel], and Simon [King]  to make this holiday the very very best one could wish for and so very special so thank you both so very very much."  "
Melanie
African Cats with Simon King