About Richard Pikesley – Artist and Past President of NEAC

Born in 1951 in London, British artist Richard Pikesley went on to study at the Harrow School of Art, the City of Canterbury College of Art and the University of London. His art education instilled in him a love for landscape and the effect of light and weather.

Dorset is his home and provides much of the motivation and inspiration for his paintings. Richard is most famous as a landscape and seascape painter.  He is particularly noted for his awareness and understanding of his surroundings which has seen him recognised as a truly gifted painter of light. He captures movement and atmosphere faultlessly and he is able to share and convey this in his paintings. 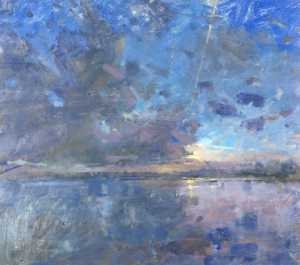 In 1974 he was elected to the New English Art Club NEAC and is also a member of the Royal Watercolour Society, RWS,  since 1997. 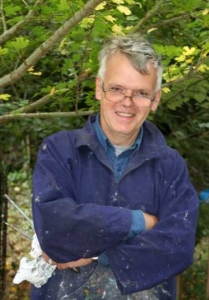 A regular exhibitor  in Britain, including the Summer Exhibitions at the Royal Academy, and many overseas exhibitions.  He has travelled widely and his works of Italy and France depict many well-known scenes.

His oil and watercolours are highly sought after and hang in many private and public collections including S.G. Warburg Plc, Crown Estates, St. Johns College Cambridge and Hambros Bank. 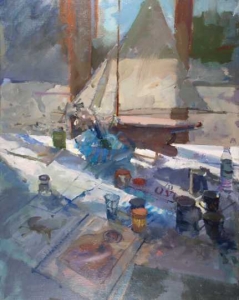 About his own work and art, Richard writes,

” I think, for me, painting is a conversation with the visual world and starts with painting in front of the subject. It is always a matter of finding equivalents, in paint, for light and space and seeing the world ‘in paint’ continues to be an obsession.  Painting starts with an immediate response. Seeing perhaps an effect of light which really grabs my attention the first step will usually be a painting made fast enough to get the moment down.”

In 1991 Richard Pikesly was commissioned by Swallow Books to write a book on landscape painting in a series edited by Ken Howard. This was published under title ‘The Complete Artist’. Other publications have followed:

2004 The Watercolour Expert. Published by Cassell. I contributed to this book written collectively by many members of the RWS

He also contributed to Watercolour Masters, Then & Now, a book written collectively by many members of the RWS.

"I've done lots of trips tour guiding for Spencer Scott Travel (Cuba, Peru, South Africa, Botswana, Uganda) and they have all been of the highest order, well planned, great itineraries, excellent support and clients always totally satisfied. They are a total pleasure to work for and I have loads of great memories to treasure as a result. Check them out if you want something special."
Chris Packham
Wildlife TV presenter, photographer & author
""Just wanted to drop you a quick line to say how very much I enjoyed painting with Pete in Havana.  I loved it all, the City, the painting, the company, the Mojito's and the food, and it was great to have Jacqueline there organising us all. Many thanks and I hope to take part again next year.""
Karen
Painting in Havana with Peter Brown PNEAC, RBA, PS, ROI, RP
""I wanted to say thank you so much for everything.  It was the most wonderful holiday and the memories of which will stay with me a lifetime.  It was clear to me that a lot of  work went on behind the scenes by both yourself [Liz Drake and Spencer Scott Travel], and Simon [King]  to make this holiday the very very best one could wish for and so very special so thank you both so very very much."  "
Melanie
African Cats with Simon King