Home / News / Tangier seen through the eyes of Matisse

Tangier seen through the eyes of Matisse

Tangier remains an intriguing and special place, as Matisse discovered. It’s chequered history and reputation prevails in the people, the diplapidated architecture and the extraordinary adventure you can have if you delve deep enough in to it’s spirit. 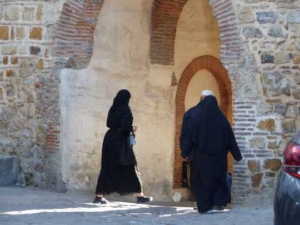 Tangier is just 12 kms from Europe, but a million miles away in every other way. It is an exotic and mysterious place unlike anywhere else in Morocco and North Africa. The local people consider themselves firstly Tangerines and secondly Moroccan. They are different – quiet, discreet and very tolerant of alternative lifestyles. 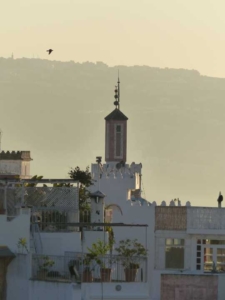 From 1923-1957 Tangier was the International Zone. The rules were few and simple – no arms, no taxes, freedom of passage and freedom of religion. This laissez-faire atmosphere made Tangier a magnet for opportunists, bohemians and artists who wanted to escape the constraints of conventional life back home. Tangier became a centre for international espionage and a base for corrupt financial institutions. During WWII Tangiers had a reputation as ‘Sin City’ attracting free spirits and especially homosexuals. Writers including Tennesse Williams, Paul Bowles and Gavin Young came and then in the 1960’s it became a haven for the hippy culture and rock stars attracted by the liberalism and hashish grown in the nearby Rif Mountains. The amusing and fascinating array of eccentric expats, artists and writers who made Tangier their home created a colourful and exotic lifestyle for themselves and were welcomed and accepted by the Tangerines. 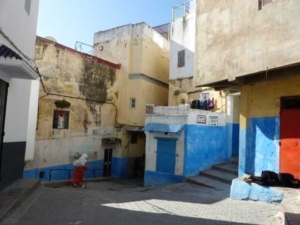 I had long wanted to visit Tangier and got my chance this February. Nowadays Tangiers has cleaned up its act but I was enthralled to discover little else has changed. I loved the sense of edginess and the dilapidated and crumbling buildings in the old town. The locals were friendly and left me undisturbed to wander aimlessly around the alleyways of the Kasbah and medina. 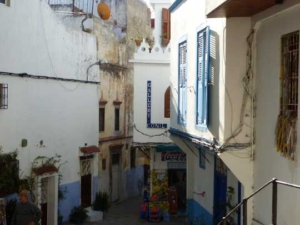 The old town is built on a hill overlooking the Straits of Gibraltar and Andalusia. The white flat-topped houses and multi-coloured minarets are enclosed within the ramparts of the gated the Kasbah (fortified inner city). Step inside and you are immediately transported back in time. There is an air of calmness and hushed tones. Moroccans dressed in traditional brown hooded djellabas and pointed babouches slippers disappear down alleys. The narrow lanes are cool and shaded, and interspersed with bright sunlit squares and glimpses of the vibrant blue sea and rolling green hills. 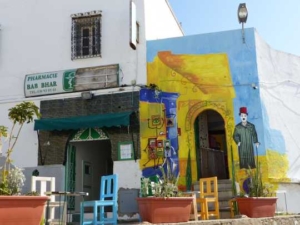 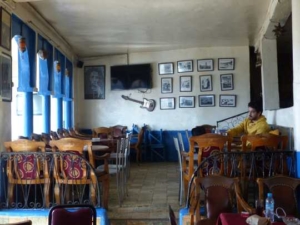 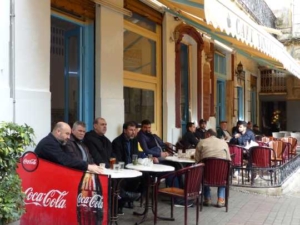 As you wander down towards Petit Socco and the medina you’ll pass the Cafe Baba – an authentic relic from the bohemian days, where Bob Marley, Mick Jagger and other rock stars used to smoke and drink. The lanes of the medina radiate out from Petit Socco where you will find the wonderful Cafe Tingis and men sit quietly, sipping coffee and watching the world go by. The souk area is bustling with shoppers. The tiny shops selling everything imaginable and there are women wearing straw hats from the nearby Rif mountains selling their vegetables. 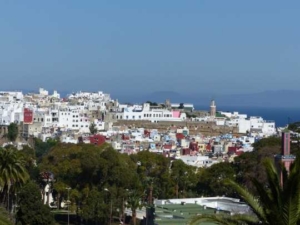 Eventually you either end up at the Jewish cemetery and the fish market or in Grand Socco where you’ll find the Cinema Rif and the Hotel Ville de France. It was from this hotel that Matisse painted ‘Paysage vu d’une fenetre’ in 1912. 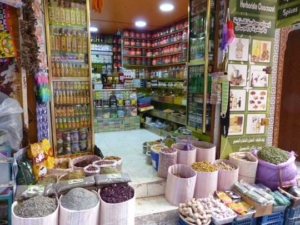 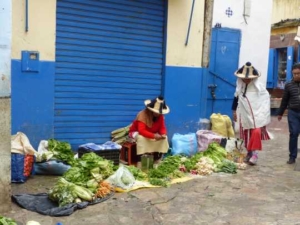 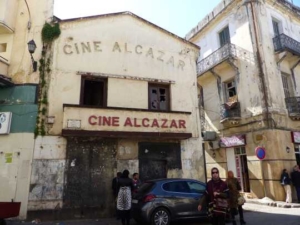 I loved everything about Old Tangier – the light, the climate, the hushed tones, the simple life, the friendly Tangerines, the crumbling buildings and the edgy history of its glory days. 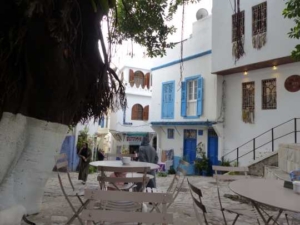 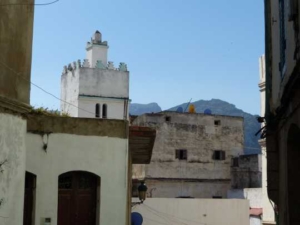 Just an hour’s drive inland from Tangier is the Spanish colonial town of Tetouan which sits in the shadow of the Rif Mountains – a region reknown for drugs and its lawlessness.  Tetouan has one of the most authentic medinas I have ever found. Here there is an underlying sense of intrigue and edginess. You feel you are being watched not only because you are the only foreigner but for your safety against unscrupulous traders. It is not beautiful or glamorous but for artists it is a canvas and adventure not to be missed. 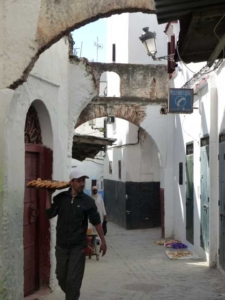 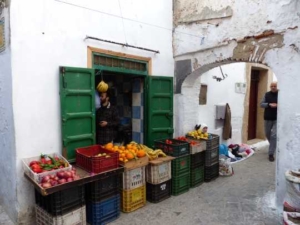 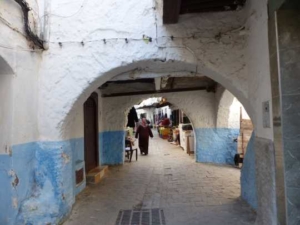 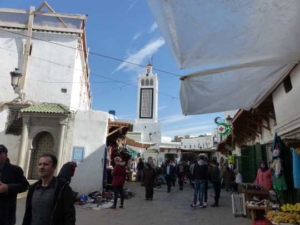 Old Tangier is a perfect place to paint and of course I found the most perfect Riad to stay in hidden behind a large wooden door. It is a haven of peace at the entrance to the Kasbah and has a beautiful orange grove courtyard. We hope to run a painting programme here with Lucy Willis very soon, so that you can recapture the essence of this very special place as Matisse did before it changes. 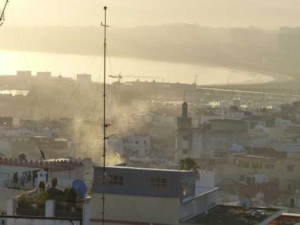 ""Just wanted to drop you a quick line to say how very much I enjoyed painting with Pete in Havana.  I loved it all, the City, the painting, the company, the Mojito's and the food, and it was great to have Jacqueline there organising us all. Many thanks and I hope to take part again next year.""
Karen
Painting in Havana with Peter Brown PNEAC, RBA, PS, ROI, RP
"I've done lots of trips tour guiding for Spencer Scott Travel (Cuba, Peru, South Africa, Botswana, Uganda) and they have all been of the highest order, well planned, great itineraries, excellent support and clients always totally satisfied. They are a total pleasure to work for and I have loads of great memories to treasure as a result. Check them out if you want something special."
Chris Packham
Wildlife TV presenter, photographer & author
"I love working with Spencer Scott because I can be confident that, wherever we go, the Company will have secured the best available accommodation, services and back-up. This frees me to concentrate on what I enjoy most, which is finding really special wildlife experiences to share with our clients"
Stephen Mills
BBC Wildlife