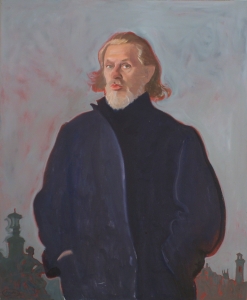 The work of the late Alexander Goudie (1933-2004), one of Scotland’s leading figurative painters, is to go on show at the Mall galleries in London. The exhibition includes paintings. drawings, sculpture and ceramics, drawn from the whole of Goudie’s life.

Alexander’s rise began after he attended the Glasgow School of Art. He tutored there for many years until deciding to focus on his own work in his studio.

He is perhaps most widely known for his portraits, with one of his most notable sitters being Queen Elizabeth II. As well as painting portraits, Alexander Goudie also spent time in Brittany capturing the changing rural landscapes.

Lachlan Goudie, the son of Alexander Goudie is fast becoming an artist who is going places and making a name for himself. He is presenting a talk about his father’s life and legacy in April at the Mall Galleries in London. 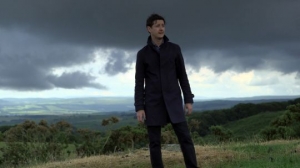 Lachlan will use one of his father’s sketchbooks to illustrate the inspiration and techniques his father drew upon. Anyone who watched Lachlan present his recent TV documentary on the History of Scottish Art knows they you will be in for a riveting treat at this presentation amongst his Father’s work – definitely not to be missed.

""Ken was so kind, helpful and enormously interesting to be with. I know I have gained a great deal from the experience of some of his incredible wisdom and insight and having the privilege of working alongside such a great artist""
Ali
Paint in Santorini with Ken Howard
""Thank you Lucy for giving us such a wonderful time. I so appreciated your expertise and your personality. I learned so much and very much appreciated my time painting with you. Eileen's support was wonderful and made everything go so smoothly from the moment we left Heathrow until our return.  I enjoyed meeting everyone and sharing such special times together, both arty and spiritual. This was a trip of a lifetime and I'll never forget it."  "
Marie-Dom
Painting in The Holy Land with Lucy Willis
"I've done lots of trips tour guiding for Spencer Scott Travel (Cuba, Peru, South Africa, Botswana, Uganda) and they have all been of the highest order, well planned, great itineraries, excellent support and clients always totally satisfied. They are a total pleasure to work for and I have loads of great memories to treasure as a result. Check them out if you want something special."
Chris Packham
Wildlife TV presenter, photographer & author