Home / News / Is the fate of figurative artists to record the historical, religious and cultural heritage of places?

Is the fate of figurative artists to record the historical, religious and cultural heritage of places?

The World we live in is very fragile and as some windows of opportunity open others close. Wars and natural disasters obliterate the historical, religious and cultural architecture that were once the iconic features of the country attracting artists, writers and tourists. 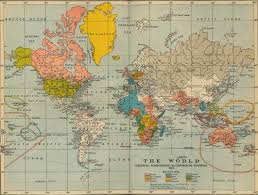 Over the last thirty plus years we have organised hundreds of painting holidays all over the World with well-known guest artists. Some of the destinations visited are now no-go areas. This is extremely tragic and sad, but it does mean that the paintings are testimony of how these places used to look like and a valuable historical record of a country’s lost heritage.

In the late 1980’s we organised a painting holiday with the late John Ward RA to Kashmir in Northern India. Since then Kashmir has endured a bitter civil war that has left very few of the beautiful and serene house boats on Dal and Nagin Lakes in Srinagar and a ruined tourist industry in Kashmir.

In 1992 Paul Riley led a paining holiday to Bali, before the dreadful nightclub bombings in 2002 and 2005, which led to many years of banned travel to the island.

In 1990 Lucy Willis took an intrepid party of artists to The Yemen, as did Ken Howard RA in 1997.  Much of what they painted in Sanaa has been destroyed by years of war in The Yemen and is a valuable record of Yemen’s history.

In 1996 Lucy Willis led a painting holiday along The Nile. A year later there was the massacre at Hatshepsut Temple near Luxor and the on-going turbulence and unpredictability of security in The Middle East means Egypt’s tourism industry fluctuates between good and bad times.  Fortunately 2008 was a good time and Tom Coates was painting in Luxor and Aswan.

Lucy Willis led a painting holiday to Bhuj in Northern India in 1999. Everyone loved this little-known town for its authenticity and beautiful architecture. Less than two years later the town was almost totally reduced to rubble by an earthquake in 2001. Lucy’s paintings are one of the most important sources of the town’s architectural heritage. She and some of the students have raised funds to help build the town of Bhuj.

Tunis, Kairouan and Sidi Bou Said are wonderful atmospheric locations in Tunisia that were painted by Lucy Willis in 2007, before the Jasmine Revolution and Arab Spring of 2011.  Stability followed quickly and in 2014 Hazel Soan led another painting holiday here, but then in 2015 there was the horrific terrorism attack on the tourist beach in Sousse. The impact on tourism remains lasting.

In 2010 Lucy Willis and a group of students painted throughout Syria. Their paintings are the very last record of what Aleppo, Hama and Damascus used to be like. War broke out the following year and has devastated its people and destroyed the historical architecture of this wonderful country that was the Cradle of Civilisation.

Istanbul was the painting destination for Peter Brown earlier this year (2019) but now Turkey is at war with Syria and so the future looks very uncertain.

Whilst this is list of World catastrophes is depressing, countries have and do emerge from terrible times and oppressive regimes and Lucy Willis

Cuba has defied trade embargoes and opened its doors to tourism. In 2000 Ken Howard painted here, as did Jenny Wheatley in 2008 and Peter Brown in 2018. In 2002 Lucy Willis was able to paint in the Tibetan Naxi town of Lijiang as China opened its doors to tourism. Dubrovnik has restored most of its damaged buildings in the aftermath of the war in Yugoslavia and in 2006 Hazel Soan led a painting holiday here.  Years of peace and economic growth have enabled Vietnam to develop a thriving tourism business and in 2017 Peter Brown led a painting holiday to Hoi An.

In 2015 Nepal suffered a catastrophic earthquake that damaged many buildings of architectural importance in Kathmandu. Five years on and the restoration of its most iconic heritage buildings is almost complete and so next November Peter Brown will be leading a painting holiday here.  It will be as much a painting adventure as a historical record of Nepal’s fine Newari (Hindu) and Buddhist architecture and its diverse cultural heritage. 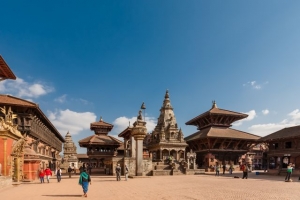 The value of a painting holiday is much more than the personal journey.  It can be a valuable record of a country’s architectural heritage.

""Our group is led by Professor Claudio Sillero....his decades of experience in this region and his hardy colleagues, guarantee sightings of wolves  They do not disappoint." "Next we climb up and across the Sanetti Plateau through unmatched beauty in every direction.  Small klipspringer, antelopes and hyrax, ( a pint-sized relative of the elephant), dot the hillsides.  our camp site is magnificent!  It is surrounded by towering basalt formations the locals call 'the soldiers.'  ....Can any place be more perfect?" "Our successful adventure is coming to a close, but we have been fortunate to site 30 wolves in 11 different packs, which equates to 10% of all the wolves living in the Bale Mountains National Park." "
Nancy Gibson
Wolf Watching with EWCP
""I wanted to say thank you so much for everything.  It was the most wonderful holiday and the memories of which will stay with me a lifetime.  It was clear to me that a lot of  work went on behind the scenes by both yourself [Liz Drake and Spencer Scott Travel], and Simon [King]  to make this holiday the very very best one could wish for and so very special so thank you both so very very much."  "
Melanie
African Cats with Simon King
"I have had the good fortune to work with Liz Drake at Spencer Scott Travel taking small groups on safari to East Africa and India. All aspects of the journey are handled in a most personal, thorough and sensitive way, and all the arrangements are organised with admirable attention to detail. I have always boarded the plane from London knowing we were all going to have the holiday of a lifetime."
Virginia McKenna OBE
Born Free Foundation