The Serengeti is spectacular without the need to humanize the dramas that unfold every day on the plains. Nothing can compete with the natural world – it is magical, superlative and riveting and so precious that it should be presented in its true light.

Whilst the BBC’s new dramatisation of ‘A Year in The Serengeti’ has some excellent footage it misses the point of enjoying the moment and the Serengeti for what it is – wildlife at its best and largely undisturbed by man, so why create stories and impose our lives on it? 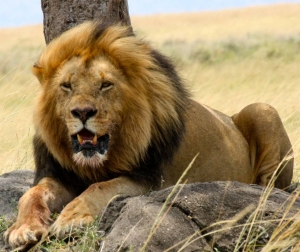 ‘The Serengeti is the largest intact ecosystem left on earth. Its true boundaries are defined not by lines on maps but by the seasonal movement of millions of wildebeest, zebras and gazelles. They circle the great grass plains and thorn thickets East of Lake Victoria, following the rain and feeding on the succession of plants it nourishes. Nowhere else can you observe in such tranquillity the daily activities of such a variety and number of mammals – predators and prey. So many animals, so much behaviour to interpret: this is why, of all the wonderful places in the world where I’ve been privileged to work, the Serengeti remains my favourite’. Stephen Mills – wildlife researcher, film-maker, author, naturalist and campaigner for conservation. 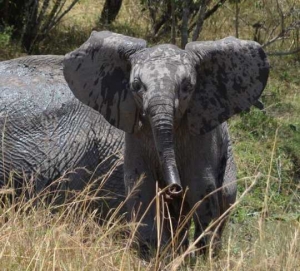 There is no music sweeter than grunting of the wildebeest or the whooping of an hyena or the roar of the lion, or the baying of zebra or the trumpeting of an elephant,  the alarm screech of a monkey or the stamping feet of an impala.

Instead of creating a soap opera out of the trials and tribulations of species, a naturalist’s quiet and informed assessment of the behaviour is all that is required. The animals and the environment tell their own story. 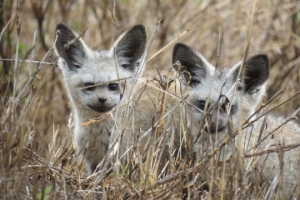 There is no better way to enjoy the Serengeti than being there on safari.  No music, no voice overs and no cut footages. Simply live by the rhythms of nature and natures timetable, observe the extraordinary and the ordinary and share the experience with like-minded people. 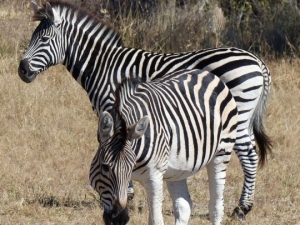 If you want to observe the Serengeti for your self then I cannot recommend more highly than you seek out a safari that will deliver the best the Serengeti can offer.  This does not mean seeking out a luxury safari but an authentic and informative one. Join a specialist small group safari hosted by a known naturalist who will be able to work with the local safari guides to ensure you get a dawn to dusk safari that follows natures timetable (not one that works to meal times and your camps timetable) and be in the right place at the right moment to hopefully see the best action . Travel with like-minded people who want to sit and watch the action as it unfolds before you and are happy to spend time sitting quietly in the bush when very little is happening, who want to learn about the behaviour of all creatures great and small, the ecosystem, and conservation in the field. This is a privilege that no amount of luxury equates to. Stay in a small bush camp that is far away from the other camps and lodges and offers every comfort without gold taps and blazing electric lights! Stay in one camp for 6 – 8 nights to really get to appreciate the Serengeti and absorb the natural environment. Make sure everyone gets an outside seat in the safari vehicle and that there will be a maximum of two safari vehicles for the group, so your host naturalist can spend quality time with everyone. Even better, if the group is limited to one safari vehicle – this then will ensure an ultimate safari experience. 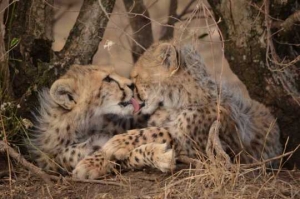 We have exactly this type of safari to the Serengeti 11- 19 September 2020, which will be hosted by wildlife researcher, author and BBC cameraman and film-maker, Stephen Mills.   Our bush camp is situated on the banks of the famous Mara River in the remote northern section of the Serengeti, where in September the wildebeest herds can normally be found with a good chance of seeing a crossing.  There are 5 places on this safari so everyone will be in the same safari vehicle with an outside seat. The camp is eco-friendly and has the first ever electric safari vehicles. This is the only safari we are offering to the Serengeti and it will be a very personal and intimate one that is ideal for couples and single travellers who are looking for an old-style ‘Out of Africa’ wildlife experience.

Stephen Mills MA (Oxon) MFA IAWF is a professional naturalist, wildlife researcher and conservationist, and an acclaimed wildlife film-maker and author. Stephen Mills is former chairman of the International Association of Wildlife Film-makers. 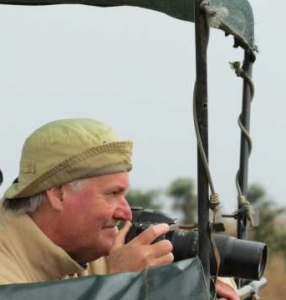 Stephen has observed and written about animal behaviour, the fragile natural world in the Serengeti, the Arctic and in the jungles of India for over 40 years. He is a highly respected professional naturalist, wildlife writer and campaigner, producer and cameraman. He has made over 35 films for TV including Wolf Saga, which helped change the laws in Sweden and Norway, and has worked on influential programmes including The Private Life of Plants, Land of the Tiger and Rhino Journey.  Stephen Mills has written over 200 papers and  wrote the cover story for the launch issue of BBC Wildlife.  He is author of the BBC book ‘Tiger’, which documents some of the tigers of Kanha & Bandhavgarh National Parks.  He is also author of ‘Nature in its Place’. More recently he has studied Brown Bears in Sweden and helped to ring Great Grey Owls in Norway.

Stephen is a highly engaging and entertaining host. His breadth and depth of wildlife knowledge and years of experience in the field is impressive and helps transform the ordinary into the extraordinary. Stephen Mills encourages people to go out into the field and watch wildlife and loves to share his knowledge with those who travel with him.

"I've done lots of trips tour guiding for Spencer Scott Travel (Cuba, Peru, South Africa, Botswana, Uganda) and they have all been of the highest order, well planned, great itineraries, excellent support and clients always totally satisfied. They are a total pleasure to work for and I have loads of great memories to treasure as a result. Check them out if you want something special."
Chris Packham
Wildlife TV presenter, photographer & author
"" Thank you for organising the extra flights and accommodation etc... The trip was a success for me. Eileen was the most thoughtful and hard working attendant/guide - she tended to our every needs - nothing was too much bother to her. Lachlan Goudie was such a gentleman. He was enthusiastic, kind and so very generous of advice and inspiration. He cheered us up and gave us hope when we were struggling with our work. We all loved him and are in awe of his beautiful water colours and gouache paintings.  Thank you for everything.""
Tess
Painting in Morocco with Lachlan Goudie ROI
""Ken was so kind, helpful and enormously interesting to be with. I know I have gained a great deal from the experience of some of his incredible wisdom and insight and having the privilege of working alongside such a great artist""
Ali
Paint in Santorini with Ken Howard