Damage to the environment is a hot topic. Over population and over exploitation of resources is changing the world we inhabit and threatening the future of our planet. In the UK the focus is not on our wildlife but on humans. Only recently was there a flurry of anger about the deforestation in The Amazon, but this was largely politically motivated.

The UK has a terrible track record for protecting its natural environment and wildlife. The UK does have National Parks but they harbour only a fraction of the wildlife that used to be resident. Much of the UK’s native wildlife has gone for ever and great swathes of woodland have been cleared.

Aurocks – extinct about 3500 years ago

Brown Bear – extinct for about 1000 years

Bison – extinct since the last ice-age

Beetles – many including the horned dung beetle – extinct since 1974

It’s too late for many of these species.

Numerous European countries still have some of the above and other native species roaming their wild habitats – wolves, Brown bears, wolverines, Polar bears, Elk, Lynx, White Stork. Not so in the UK, where more species are threatened with extinction including hedgehogs, natterjack toads and turtle doves. 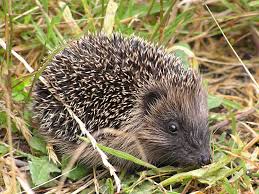 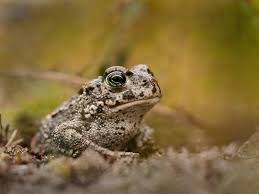 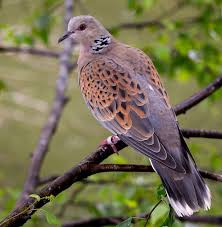 The UK professes to be a nation of animal lovers…. really?

Further afield, countries like Kenya, Tanzania and Zambia provide much better protection of their wildlife and natural habitats.  Tourism revenue provides the justification for large tracts of land to be designated National Reserves for the protection of wildlife, but with increasing human/animal conflict, wars and political retribution, one has to ask for how much longer?

Globally 28,000 species are threatened with extinction according to the IUCN Red List. This includes 25% of all mammals.  In Africa the lion remains listed as globally vulnerable and a recent study indicates that only 7,000 cheetahs remain in the wild. Other critically endangered species include Ethiopian wolves, rhino and leopards.

The sustainability of lions, leopards, cheetahs, tigers, elephants, giraffes, rhino, wildebeest, Wild dogs, hyenas, wolves, polar bears and many more wild species is dependent on protecting their natural environment.  Their future also depends on being protected from poaching. Revenue from safaris plays an important role in both these objectives.  But not all tourism should be welcomed. Over commercialisation and greed have grave consequences for the long term survival of species and the environment.

The clock is definitely ticking if you want to see wildlife in their natural environment.

Naturalist and conservationist Stephen Mills invites you to join him on an authentic bush Safari to Kafue National Park in Zambia 20 September – 1 October 2020. It will be an intimate safari for four guests. You’ll observe wildlife and animal behaviour from dawn to dusk and stay in two seasonal bush camps that are well off the beaten track.  Bush walks and a river cruise will be part of your wild adventure.

Wildlife in Kafue National Park is bountiful, for the time being.

The Masai Mara in Kenya is part of the great Serengeti ecosystem that still supports huge populations of predators and prey. It is best known for its Big Cats – lions, cheetahs and leopards. Big Cat Diary’s Maasai presenter Jackson Looseyia is hosting an Exclusive Safari in The Masai Mara, Kenya 11 – 18 January 2020.

The Masai Mara National Reserve is bordered by privately managed conservancies but also cattle farmers who are desperate for grazing land. The immediate future of the Reserve and its wild animal populations is secure but illegal poaching and encroachment of Reserve land is a challenge for the Kenyan Wildlife Service and the long term survival of its wildlife.

""I wanted to say thank you so much for everything.  It was the most wonderful holiday and the memories of which will stay with me a lifetime.  It was clear to me that a lot of  work went on behind the scenes by both yourself [Liz Drake and Spencer Scott Travel], and Simon [King]  to make this holiday the very very best one could wish for and so very special so thank you both so very very much."  "
Melanie
African Cats with Simon King
"" Thank you for organising the extra flights and accommodation etc... The trip was a success for me. Eileen was the most thoughtful and hard working attendant/guide - she tended to our every needs - nothing was too much bother to her. Lachlan Goudie was such a gentleman. He was enthusiastic, kind and so very generous of advice and inspiration. He cheered us up and gave us hope when we were struggling with our work. We all loved him and are in awe of his beautiful water colours and gouache paintings.  Thank you for everything.""
Tess
Painting in Morocco with Lachlan Goudie ROI
"Thank you for all the organisation which gave us such wonderful and thrilling days in The Mara - a truly memorable experience.  We were so lucky all our sightings - the best view of leopard I have ever had.  The bonus was that beautiful black rhino - fighting fit and so close.  Of course, Simon's expert and enthusiastic guidance ensured the maximum benefit."
Angela
The Mara with Simon King