Home / News / The Old City of Jerusalem - an artist's dream

The Old City of Jerusalem – an artist’s dream

The Old City of Jerusalem is one of the most under-rated destinations on earth. Nowhere else will you find such a rich and diverse cultural, historical and religious make-up. Within the walled Old City are four distinct quarters where people of different religions and backgrounds live harmoniously. 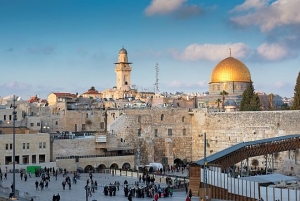 The Christian Quarter is characterised by ancient silver domed and the sacred Church of the Holy Sepulchre. 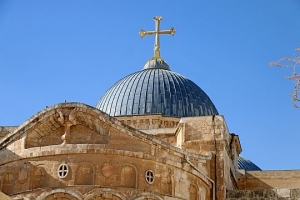 The Armenian Quarter is home to a small community who have retained a strong sense of cultural identity, with the ornate Armenian Cathedral and citadel its focal points. 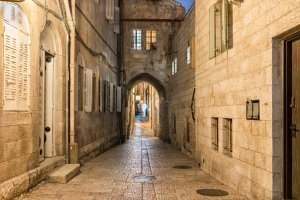 An air of religious learning and serenity permeates the Jewish Quarter as pilgrims flock to the single most sacred site in Judaism – The Western Wall. 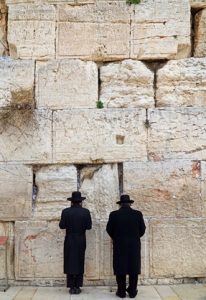 In contrast, the thriving Muslim Quarter is the liveliest part of the Old City with colourful souks. The call of the muezzin brings worshippers scurrying down the lanes towards the vast walled Temple Mount with its majestic golden Dome of the Rock. 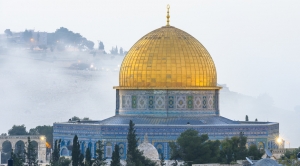 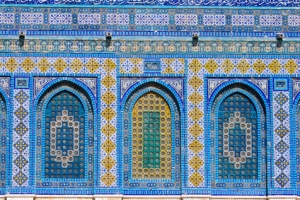 There is much more to the Old City than its sacred buildings. There are old houses, soft white-washed walls, narrow cobbled alleyways, arches and gates. There is also plenty of colour with bougainvillea and trees, street cafes and bazaars.

The Old City is just 1km², making all this easily accessible on foot. 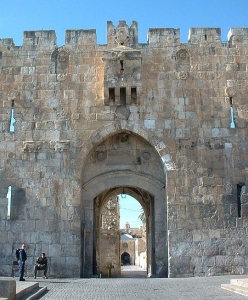 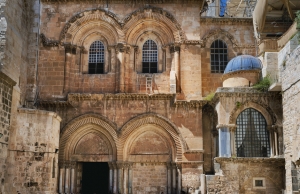 Adjacent to the Old City is the archaeological site of the City of David and Mount of Olives with the tranquil and shady Garden of Gethsemane and views over Jerusalem.

Artists cannot fail to be inspired by the beauty of Jerusalem. If the weather is good then Jerusalem is a perfect place to sketch and paint and with Israel’s excellent security measures, the Old City is one of the safest places for artists to work.

Artist and TV presenter Lachlan Goudie chose to sketch and paint in Jerusalem for an inspirational TV programme he made about The Holy Land. His portrait of the Old City was a revelation for most viewers – never had they imagined the beauty and true light of Jerusalem. His sketches were exhibited at The Mall Galleries in London.

Lucy Willis led a painting holiday for a small party of intermediate and experienced artists in The Old City of Jerusalem 25 February – 6 March 2019. They had a fantastic trip painting the different architecture and street scenes in all the quarters of the Old City and capturing the light as it moves across this fabulous city. 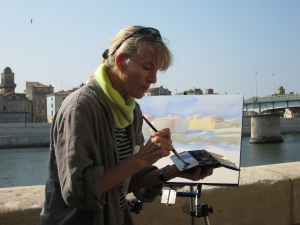 ""Just wanted to drop you a quick line to say how very much I enjoyed painting with Pete in Havana.  I loved it all, the City, the painting, the company, the Mojito's and the food, and it was great to have Jacqueline there organising us all. Many thanks and I hope to take part again next year.""
Karen
Painting in Havana with Peter Brown PNEAC, RBA, PS, ROI, RP
""Ken was so kind, helpful and enormously interesting to be with. I know I have gained a great deal from the experience of some of his incredible wisdom and insight and having the privilege of working alongside such a great artist""
Ali
Paint in Santorini with Ken Howard
"" Thank you for organising the extra flights and accommodation etc... The trip was a success for me. Eileen was the most thoughtful and hard working attendant/guide - she tended to our every needs - nothing was too much bother to her. Lachlan Goudie was such a gentleman. He was enthusiastic, kind and so very generous of advice and inspiration. He cheered us up and gave us hope when we were struggling with our work. We all loved him and are in awe of his beautiful water colours and gouache paintings.  Thank you for everything.""
Tess
Painting in Morocco with Lachlan Goudie ROI