An indepth study of jaguars living in the North Pantanal and their ecosystem with conservation biologist Professor Claudio Sillero, who is actively working on solutions to mitigate jaguar-human conflict in South America. You’ll spend 7 days observing jaguars with Claudio whilst cruising down the Paraguay River and around the Taiama Ecological Reserve, where the highest density of jaguars can be found - almost guaranteeing jaguar sightings, as well as close encounters with caimans and otters. The BBC’s Natural History Unit is currently filming jaguars here for a new Natural World TV series. We have chartered a small private boat enabling you to stay where ever the jaguars are found (eliminating time lost travelling back and forth to lodges upstream). In 2009 Claudio started a pilot project to reduce livestock losses to predation and ranchers’ resentment of jaguars in NW Argentina, which is on-going and supported by Administración de Parques Nacionales (APN), the Jujuy government, Born Free and Panthera. Jaguar - human conflict in Latin America will form an integral part of your visit to The Pantanal. The trip will end with a stay on a private ranch 8km off the Transpantaneira, which is in an area that is particular good for seeing Hyacinth Macaws, Tapirs and Giant Ant Eaters. 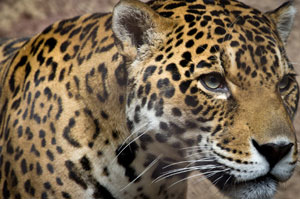 The Pantanal is a vast wetland area that transgresses Brazil, Bolivia and Paraguay – an area bigger than half the size of France.  The Pantanal is not as famous as the Amazon yet, but it ranks equal if not better as place to see wildlife and in particular jaguars.  The largest part of the Pantanal is in Brazil.  There are few people and no towns and access to the most wildlife –rich areas is by boat.

Tourism is focused on fishing but the regularity of jaguar sightings by the fishermen is opening up the destination to wildlife photographers. The Pantanal’s open spaces makes viewing easy but its popularity is resulting in a plethora of lodges being built along the Transpantaneira and the Cuiaba River.  There is a real danger that this unmanaged tourism is creating conflict for the jaguars. 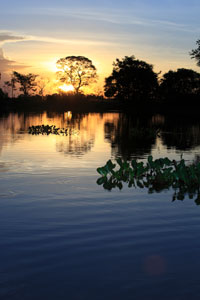 This trip stays clear of the tourist zone and heads off down the much quieter and more remote Paraguay River for a 8-day private cruise circumnavigating the Taiama Ecological Reserve which is an island a long way upstream and is one of the best places to see jaguars in the whole of the Pantanal ecosystem.  Access is very limited and there are far fewer lodges, which are all several hours away from Taiama so the only way to have really close and constant access to the jaguars is to share their habitat on board a private boat providing the maximum flexibility to track the jaguars. Jaguar sightings are almost guaranteed if the weather conditions are right!  The end of July normally has perfect conditions when the water levels are getting low, bringing the jaguars down to the river, the risk of cold fronts which drive the jaguars in land is decreasing and the intense heat of August onwards has not yet reached unbearable heights. 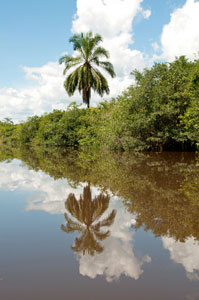 We have chartered for our exclusive use a 10 ensuite cabin boat which will be a perfect base from which to track and photograph jaguars. Smaller boats will be used to access more remote areas.  Local independent natural history guides and trackers will help us gain the best experience The Pantanal has to offer.

This safari culminates with 3 nights on a working cattle ranch 8km off the Transpantaneira, which is particularly good for Hyacinth Macaws, Tapirs, Giant Ant Eaters. Here you will have the opportunity to go on walking safaris to discover many other species that The Pantanal is home to.

Conservation biologist Professor Claudio Sillero and a Spencer Scott travel escort will accompany you throughout overseeing all the arrangements and helping to ensure that you have all encompassing and the best possible wildlife encounters as possible. 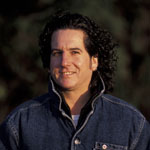 Professor Claudio Sillero is Head of Conservation at Born Free Foundation, is Chair of the IUCN Canid Specialist Group and is Deputy Director at the Wildlife Conservation Research Unit, Department of Zoology, Oxford University. In 2009 Claudio started a pilot project to reduce livestock losses to predation and ranchers’ resentment of jaguars in NW Argentina, which is on-going and supported by Administración de Parques Nacionales (APN), the Jujuy government, Born Free and Panthera.

""Just wanted to drop you a quick line to say how very much I enjoyed painting with Pete in Havana.  I loved it all, the City, the painting, the company, the Mojito's and the food, and it was great to have Jacqueline there organising us all. Many thanks and I hope to take part again next year.""
Karen
Painting in Havana with Peter Brown PNEAC, RBA, PS, ROI, RP
""Thank you Lucy for giving us such a wonderful time. I so appreciated your expertise and your personality. I learned so much and very much appreciated my time painting with you. Eileen's support was wonderful and made everything go so smoothly from the moment we left Heathrow until our return.  I enjoyed meeting everyone and sharing such special times together, both arty and spiritual. This was a trip of a lifetime and I'll never forget it."  "
Marie-Dom
Painting in The Holy Land with Lucy Willis
""Ken was so kind, helpful and enormously interesting to be with. I know I have gained a great deal from the experience of some of his incredible wisdom and insight and having the privilege of working alongside such a great artist""
Ali
Paint in Santorini with Ken Howard