This first ever jaguar and Maned wolf trip is hosted by Prof Claudio Sillero, spends a week with the Oncafari Project which is habituating jaguars in the southern Pantanal  and 3 days with Rogério Cunha de Paula, a biologist who coordinates the project “Management of the maned wolf (Chrysocyon brachyurus)” in the National Park of Serra da Canastra.  For the 6 – 8 guests this will be the most enlightening and extraordinary conservation safari in South America. 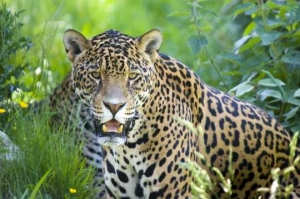 Brazil is exotic and exciting but it’s wildlife is truly exceptional. The Pantanal has an outstanding natural biodiversity – like The Amazon but with its wide open rivers it is the best natural gallery for wildlife viewing in South America. The rivers and channels are home to Giant otters and a phenomenal birdlife and there is a very good chance of seeing jaguars – the biggest cat of the Big Cats. Seeing your first jaguar is like seeing your first tiger.  These magnificent wild creatures take your breath away. 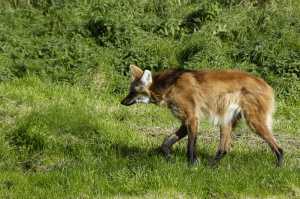 Brazil has another top predator, that few visitors have an opportunity to observe. Its woodland savanna known as Cerrado is home to the rare and little known Maned Wolf – a must to see, for all canid fans. The Maned wolf is the largest canid of South America, resembling a large fox with a beautiful dark bushy mane. Maned wolves are shy and elusive. The best place to see them in wild is in the Serra da Canastra National Park.

Almost guaranteed sightings can be had at Sanctuario de Caraça where the monks feed some habituated wolves every night.

This is a conservation initiative that aims to promote ecotourism, especially wildlife watching, in the Pantanal (Brazil) by habituating Jaguars in order for people to witness the behavior of these animals, from a vehicle, while on safari. 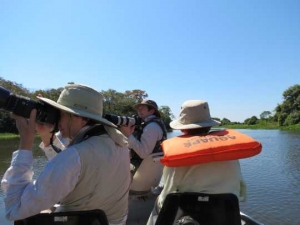 The habituation project is currently being carried out at Caiman Ecológical Refúge in the southern Pantanal. With more than 95% of the Brazilian Pantanal being privately owned, ecotourism has huge conservation potential as it could serve as a significant source of additional revenue for landowners and the local communities.

The Jaguar habituation process involves gradually increasing the tolerance of these animals to the presence of vehicles, with people on board, through techniques that prioritize respect for the jaguar and nature. The habituation programme is being monitored by CENAP, the carnivore research and conservation centre of the Brazilian Ministry of Environment.  Rogério Cunha de Paula is one it’s Director’s. 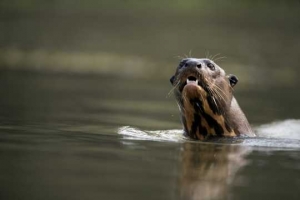 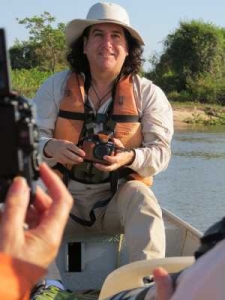 Prof Claudio Sillero is Head of Conservation at Born Free Foundation, is Chair of the IUCN Canid Specialist Group and is Deputy Director at the Wildlife Conservation Research Unit, Department of Zoology, Oxford University. In 2009 Claudio started a pilot project to reduce livestock losses to predation and ranchers’ resentment of jaguars in NW Argentina, which is on-going and supported by Administración de Parques Nacionales (APN), the Jujuy government, Born Free and Panthera.

Rogério Cunha de Paula is a biologist who has been working with carnivores since 1995. He has extensive knowledge and experience in captive and wildlife management practices. Currently he coordinates the project “Management of the maned wolf (Chrysocyon brachyurus)” conducted in the National Park of Serra da Canastra. He is also an Environmental Analyst in the Chico Mendes Institute for Biodiversity Conservation, and works in the National Research Centre for the Conservation of Natural Predators – CENAP / ICMBio on issues related to conflicts between predators and humans, where he coordinates the Network for Attending Cases with Wild Carnivores and Predation and the Georeferenced Database of CENAP. He also oversees the jaguar habituation Oncafari Project in the southern Pantanal.  Rogério will be with you in Serra da Canastra looking for Maned wolves and explain about his work here. 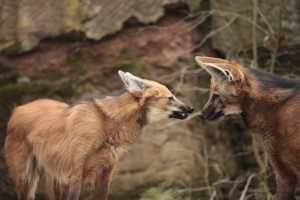 Liz Drake is Director of the programme and will accompany you on this special conservation safari making sure everything runs smoothly and taking care of your general welfare.

Transfer to the Refúgio Ecológica Caiman

Overnight in a hotel.

Overnight at the monastery and watch the monks feed some habituated Maned Wolves.

* Please note that the Refúge Ecológica Caiman is a top end luxury lodge and the only place where the habitutaed jaguar project can be accessed from.

* July – October is the dry season in The Pantanal and the best time of year for observing wildlife.

""Thank you Lucy for giving us such a wonderful time. I so appreciated your expertise and your personality. I learned so much and very much appreciated my time painting with you. Eileen's support was wonderful and made everything go so smoothly from the moment we left Heathrow until our return.  I enjoyed meeting everyone and sharing such special times together, both arty and spiritual. This was a trip of a lifetime and I'll never forget it."  "
Marie-Dom
Painting in The Holy Land with Lucy Willis
"Thank you for all the organisation which gave us such wonderful and thrilling days in The Mara - a truly memorable experience.  We were so lucky all our sightings - the best view of leopard I have ever had.  The bonus was that beautiful black rhino - fighting fit and so close.  Of course, Simon's expert and enthusiastic guidance ensured the maximum benefit."
Angela
The Mara with Simon King
""I wanted to say thank you so much for everything.  It was the most wonderful holiday and the memories of which will stay with me a lifetime.  It was clear to me that a lot of  work went on behind the scenes by both yourself [Liz Drake and Spencer Scott Travel], and Simon [King]  to make this holiday the very very best one could wish for and so very special so thank you both so very very much."  "
Melanie
African Cats with Simon King