Paint in Tuscany with Jason Bowyer

An inspirational painting holiday for intermediate and advanced students, to work alongside Jason Bowyer (a leading figurative artist and member of the NEAC) in the romantic Tuscan countryside where The English Patient was filmed, and Siena.

PIENZA lies in the beautiful Orcia valley in south-eastern Tuscany and is a quintessential walled medieval town. Originally a small village, it was transformed by Pope Pius II in the 1460’s in to a compact town known by the Tuscans as ‘La Perla di Rinascimento’ (the Pearl of Renaissance) with a cathedral, papal palace and town hall. Pienza is famous for its Pecorino cheese as well as its romantic countryside and the nearby abandoned Benedictine monastery, used as the setting for the film The English Patient.

Nestling in the rolling hills a few kilometres from Pienza is the quiet and unassuming town of Montalcino, producer of the superb Brunello wine, and the larger and more famous town of Montepulciano, also famous for its wine – the Vino Nobile.

On the pilgrims’ route to Rome are the villages of San Quirico D’Orcia and Bagno Vignoni with its open-air thermal pools. Siena, one of the queens of Renaissance, is just 50km away.

Jason Bowyer is a highly respected professional artist and member of the NEAC. Jason works in all mediums and although his work is figurative he often tries to find abstract solutions to resolve his visual and conceptional ideas. His pictures evolve from a continuous process drawing upon years of collecting ideas on colour, texture and emotion from his bases in London and Suffolk and visits to Italy and Spain, as well as referring to his sketchbooks and extensive art library. Jason has tutored many courses in the UK and enjoys helping and inspiring fellow painters.

This is a rare opportunity to work alongside Jason Bowyer in his beloved Tuscany at a time of year when the countryside is ablaze with wild flowers. He will be working alongside you every day providing individual guidance and giving demonstrations when appropriate. You may choose to work independently and in any medium. Most evenings there will be a group critique, which everyone will be encouraged to participate in.

The holiday format has been carefully structured with an understanding of artists’ needs at the heart of the arrangements. Every day will be spent painting in Pienza except on one day when you will be painting in the nearby villages and countryside and on another day in Siena.

Everything is taken care of for you in a caring and professional manner by an accompanying programme co-ordinator, enabling you and Jason Bowyer to concentrate solely on painting and – most importantly – you will be working in the warmth and supportive environment of like-minded people.

Flights with British Airways, private transfers, excellent accommodation in a former monastery and dinners are included. The hotel has retained much of its former character including the cloisters and garden (which now has a swimming pool) and is located in the centre of Pienza, providing plenty of subject matter within walking distance.

Just 10-16 artists will be joining James Bowyer.
£2,395 per person, all-inclusive except for lunches
Single occupancy supplement £200

Paint in Tuscany with Jason Bowyer 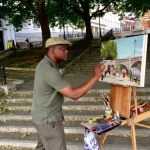 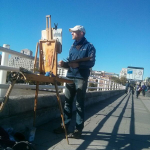 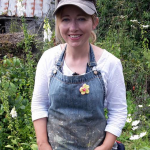 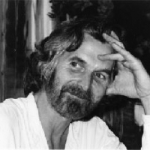 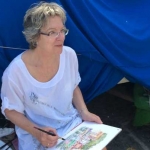 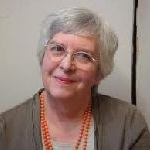 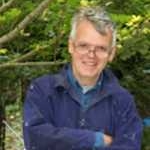 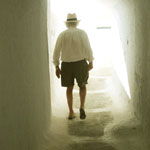 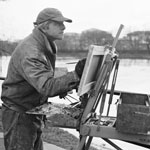 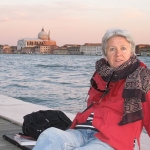 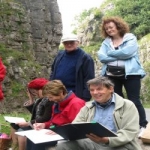 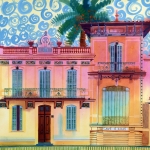 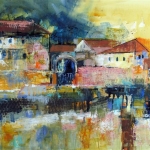 "" Thank you for organising the extra flights and accommodation etc... The trip was a success for me. Eileen was the most thoughtful and hard working attendant/guide - she tended to our every needs - nothing was too much bother to her. Lachlan Goudie was such a gentleman. He was enthusiastic, kind and so very generous of advice and inspiration. He cheered us up and gave us hope when we were struggling with our work. We all loved him and are in awe of his beautiful water colours and gouache paintings.  Thank you for everything.""
Tess
Painting in Morocco with Lachlan Goudie ROI
""I want to let you know that the workshop with Ken Howard in Santorini was simply the best workshop I have ever attended.  I was deeply inspired and impressed by Ken.  The group was a pleasure.  I hope this workshop will be repeated again."   "
Setsuko
Paint in Santorini with Ken Howard RA
"I love working with Spencer Scott because I can be confident that, wherever we go, the Company will have secured the best available accommodation, services and back-up. This frees me to concentrate on what I enjoy most, which is finding really special wildlife experiences to share with our clients"
Stephen Mills
BBC Wildlife